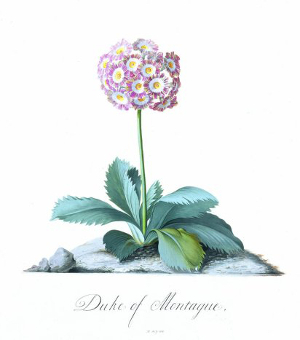 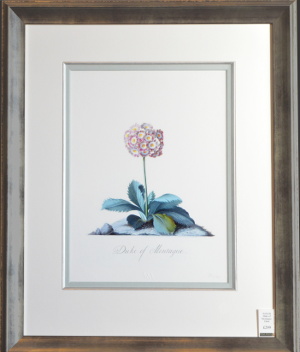 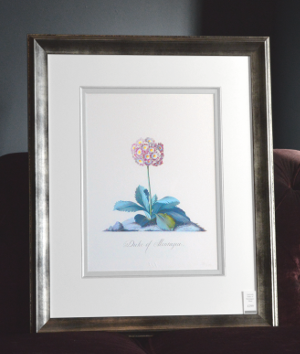 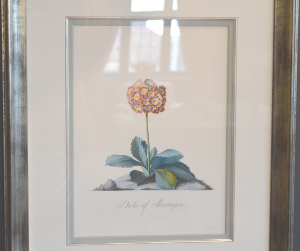 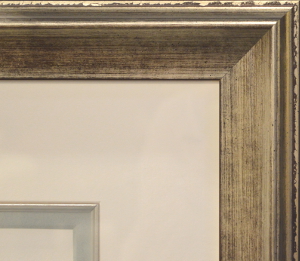 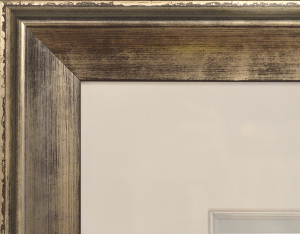 Georg Dionysius Ehret (1708-1770) was born in Heidelberg, Germany, where he became a gardener at the local castle. It was here that he developed his artistic interests, drawing plants for a local apothecary and later for his first patron, Christoph Trew, a Nuremberg botanist and physician. As a result of new exotic plants being introduced to Germany and them coming into Trew's possession, Ehret was able to further develop his skills and became recognised as an outstanding botanical artist. Ehret lived at a time of scientific discovery and enlightenment in Europe, a 'golden age of botanical art'. His unique style and clarity of plant illustration was immediately useful and sought out by specialists.

Before coming to England in around 1736, Ehret spent two years in France, briefly at the Jardin des Plantes in Paris, where he met the King's painter, the renowned Claude Aubriet. Ehret's methods changed as a result of his observations, favouring to paint in bodycolour and on vellum as a superior medium. Ehret also travelled to Holland, where he was fortunate to meet the great botanist and academic Carl Linnaeus. The two became good friends through common botanical interests and correspondence. During 1735-1736, he worked with Linnaeus at Georg Clifford's estate, De Hartecamp, located south of Haarlem. The estate was rich in botanical curiosities from around the world, because Clifford was a wealthy Dutch banker and governor of the Dutch East India Company, and therefore had the income to attract great botanists and artists such as Linnaeus and Ehret. Together they produced the Hortus cliffortianus in 1738, a critical and influential example of early botanical literature.

Back in England, Ehret's artistic reputation and increasing fame had spread across the nobility. Both the Duchess of Portland and Sir Hans Sloane (whose collections later became a key part of the British Museum) became his patrons. He also went on to gain employment at the botanical garden in Oxford where he continued with his drawing of plants and taught botanical painting to others. In 1757, he was made a Fellow of the Royal Society. Ehret died in Chelsea in 1770. The plant (Ehretia) was named in the artist's honour and today there are known to remain more than 3,000 of his illustrations in collections.