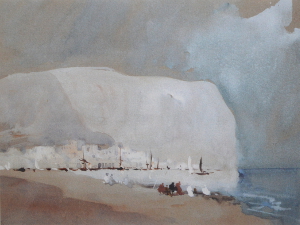 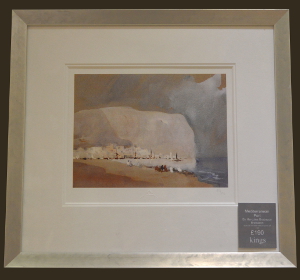 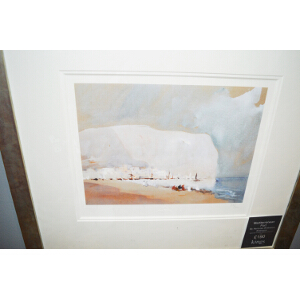 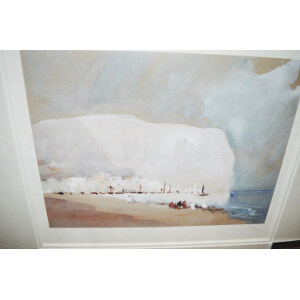 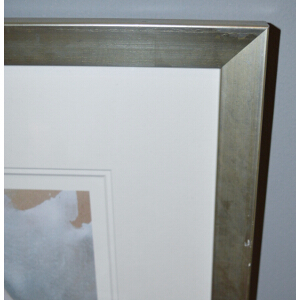 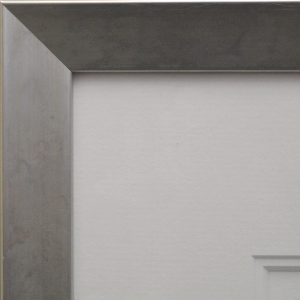 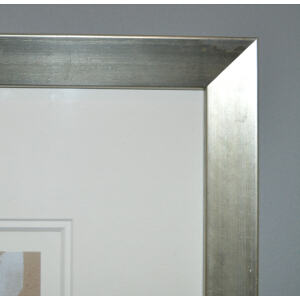 Hercules Brabazon Brabazon was an English watercolourist. Baptised Hercules Brabazon Sharpe, the son of landed gentry, he inherited the family estates in 1847 and 1858, which occasioned a legal change in his surname. From that date Brabazon dedicated himself to watercolour, living in Sussex during part of the year and travelling annually on the Continent, especially to the Alps and the Mediterranean. He also visited Africa, India and the Middle East in the 1860s and 1870s and produced thousands of landscapes during his career. Brabazon studied briefly with James D'Egville (d 1880) and Alfred Downing Fripp (1822–95), but he was largely a self-taught amateur, learning from his contemporaries and from the Old Masters, particularly Velázquez, whose works he copied. His broad style is closest to early 19th-century plein-air painters. Ruskin and D. S. MacColl praised Brabazon as Turner's rival as a colourist. Brabazon's watercolours link the impressionistic fluid technique of early 19th-century painters to the work of progressive English artists of the fin-de-siècle, influenced by Whistler and the French.