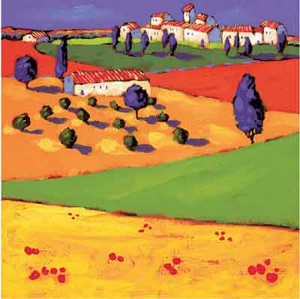 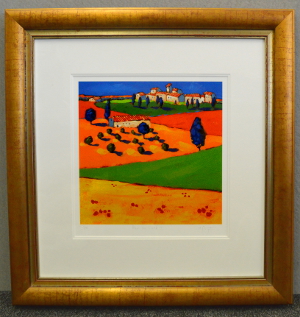 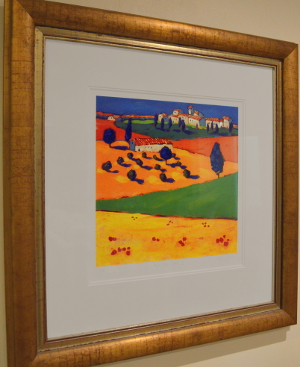 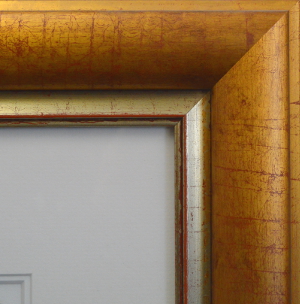 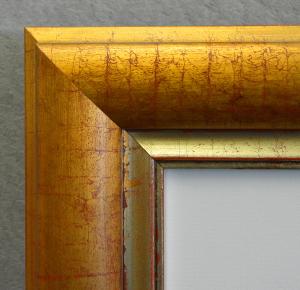 ​Signed & numbered by the artist

Richard Pargeter's original paintings are inspired by the landscapes of South France, Spain and Italy, with their rolling hills, olive tree groves and white houses are composed into these eye catching paintings. From bright and bold coloured mixed media artwork to the more sun scored colour palette, Richards work captures the feel of these Mediterranean countries. Yet whilst Pargeter’s colourific pieces are seemingly paint-by-numbers in certain lights, his alternative, more sombre reflections of similar plains and vistas are very much firmly planted in the more abstract as both the instant identifiable landscapes of Provence and Tuscany receive the graphic treatment once more.

Born in 1976 under a Midlands sky, Pargeter’s creative calling was mooted at an early age by all who found themselves in the presence of young master P and his junior-spec art materials. He’s also gone on record as having said that as a child he dreamed of one day becoming a painter and to this very day refers to himself as one of life’s fortunate few who have been able to pursue their dreams, thanks to his God-given gift. And a huge amount of hard work and dedication, of course. Once Pargeter had put pay to his formal secondary education he headed off in a northerly direction to further his artistic education; destination the University of Central England. For his troubles, creativity and application, Pargeter walked away with an impressive First Class Honours degree in Visual Communication, and it wasn’t long after graduating that he made his first moves in a professional capacity.