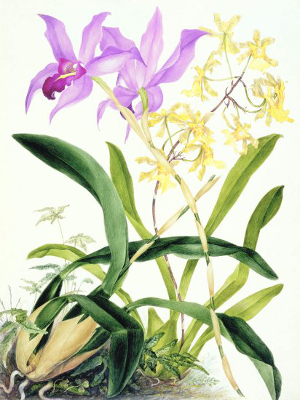 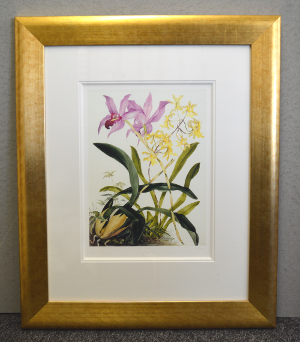 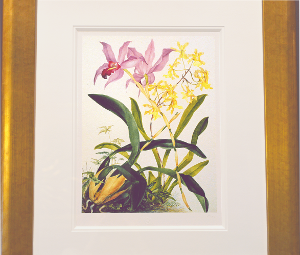 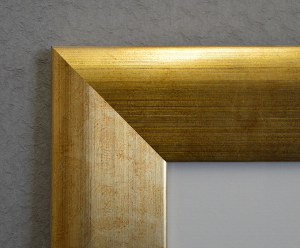 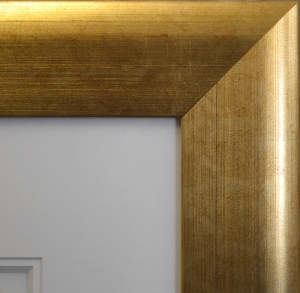 Special Edition Print by V & A Museum with Certificate of Authenticity

Samuel Holden was a prolific painter of exotic plants, especially orchids, in the 1830s and 1840s. Holden studied most of them in the private collections of plant enthusiasts and collectors in Great Britain, sometimes annotating his drawings with the location of his specimen. Victorian plant collectors were fanatical about orchids, with some enthusiasts amassing more than 18,000 examples. Certain illustrations are annotated 'Chatsworth House', home to William Cavendish (1790 - 1858), Duke of Devonshire. Cavendish developed an interest in horticulture because Chatsworth bordered on the grounds of the Horticultural Society. He began to collect exotic species and Chatsworth became the world's largest collection of orchids at the time.