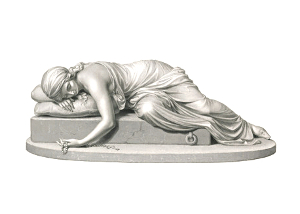 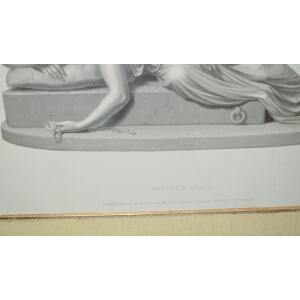 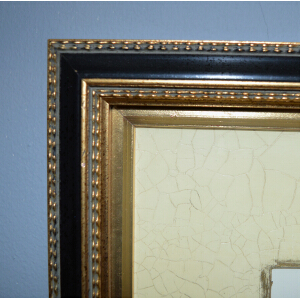 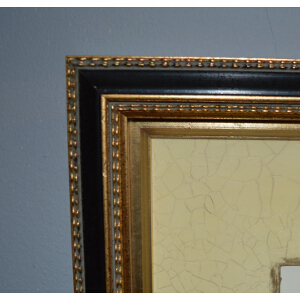 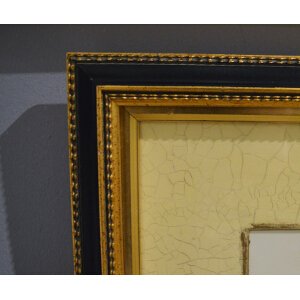 Print of an original steel engraving, engraved by W. Roffe after a sculpture of the infamous Italian noblewoman Beatrice Cenci. She is famous as the protagonist in events leading to a lurid murder trial in Rome that gave rise to an enduring legend about her. Beatrice was the daughter of an aristocrat, Francesco Cenci, who, due to his violent temper and immoral behaviour, found himself in trouble with papal justice more than once.

According to historical details leading to the legend, Francesco Cenci abused his first wife Ersilia Santa Croce and his sons and raped Beatrice. He was jailed for other crimes, but due to the leniency with which the nobles were treated, he was freed early. Beatrice tried to inform the authorities about the frequent mistreatments, but nothing happened although everybody in Rome knew what kind of person her father was. When he found out that his daughter had reported him, he sent Beatrice and Lucrezia away from Rome to live in the family's country castle at La Petrella del Salto in the Abruzzi mountains.

The four Cencis decided they had no alternative but to try to get rid of Francesco, and together organised a plot. In 1598, during one of Francesco's stays at the castle, two vassals (one of whom had become Beatrice's secret lover) helped them to drug him, but this failed to kill Francesco. Following this Beatrice, her siblings, and their stepmother bludgeoned Francesco to death with a hammer and threw the body off a balcony to make it look like an accident. No one believed the death to be accidental, however, and eventually members of the family were arrested and executed.